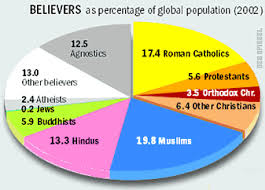 The God Disproving Industry*NEW!*
A huge amount of studies done to disprove God they almost
always have crappie methodology

Who is actually self actualized, Atheists or Theists?New

Philosophy and History of Science Disprove Atheism New
Various articles on philosphy and history of scinece and how
they disproves or elucidate atheist ideology.


Is Belief in God Magical Thinking?
a clear exampe of the atheist illusion of technique applied
to "religious thought" and the falsehood of that appraoch.


Are Atheists Their Brother's Keepers?New
Saslow study indicates atheists give more and more motivated
by compassion than religious people. The study has problems.

Are Religious People at Risk for Depression?New
New study form Europe idicates Religous people there are
at higher risk for depression than in U.S. A huge body of
work shows not true.


Nigel Barber's Study: Part 1 cross national test
of uncertainty hypothesis (the Cross Cultural Research Article)
the notion that religion is based upon fear of uncertainty and
declines with increase in income.

Switching faiths in Prison is common according to Pew Sutdy

Study among Chaplains shows that people switch faiths,
Thus the no way to prove that the percentage of Chrsitians in
prison reflects the fate of Christians in society. In other words
many of them became Chrsitians in prison.
Religious Belief and IQ File (Atheist IQ scam)
Includes New Major IQ Study, (by Zuckerman)
Part 2 Zuckerman IQ study

Are Natural Scientists Smarter Than Believers?


Religious belief of Professors Reflects that of General Population.
Taken across the board n all fields, the majority of professors are religious.

Atheist Propaganda On Prayer: Controlled Studies vs. Empirical Miracles
Not studies done by atheists, but atheist spin on prayer studies vs. Lourdes
miracles.

Half Scientists Believe in God.

Is Higher Religious Higher Self Esteem only a Measure of Cultural Norm?
Studies show that religious people have higher self esteem than non religious, but
new study implies this is only in countries where religion is valued.

More Improper Use of Survey Results by Atheists:

New Pew Study: Atheism not Increasing in World Population
every other month a new article comes out saying atheism is increaseing.
Now they make a big thing of the rise of the "nons" but atheism is not
increasing.

Are atheists increasing in world population?
Earlier from the one above, the one above is in asnwer to this.
This one warns of the bogus Gallup international.


No Rise In Atheism in America
Atheist claim atheism goes up to 19% but follow the data the truth is
they speaking of 19% of 5% of U.S. Media Hype in USA Today exaggerates
increase in unaffiliated and references old survey that puts atheism at 1.6% real


American Belief in God in Decline? Half Don't believe with Certainty.

1/6/14. a new Harris poll is bothering people with this new scare that
atheism is increasing.

The Religious a priori: the Doxa Annex

The Trace of God (the Blog)

a blog about my book

Order from Amazon
Ground breaking research that boosts religious arguemnts for God to a much stronger level. It makes experience arguments some of the most formidable.Empirical scientific studies demonstrate belief in God is rational, good for you, not the result of emotional instability. Ready answer for anyone who claims that belief in God is psychologically bad for you. Order from Amazon

MUST READ Here’s a book that has almost nothing to do with religion, but I recommend for everyone: City Limit:

While it is a novel, it rings as true in a sense as any work of nonfiction out there. This work is about the disturbing core of our society...
This is a powerful first novel, from Lantzey Miller, which I cannot too-highly recommend.